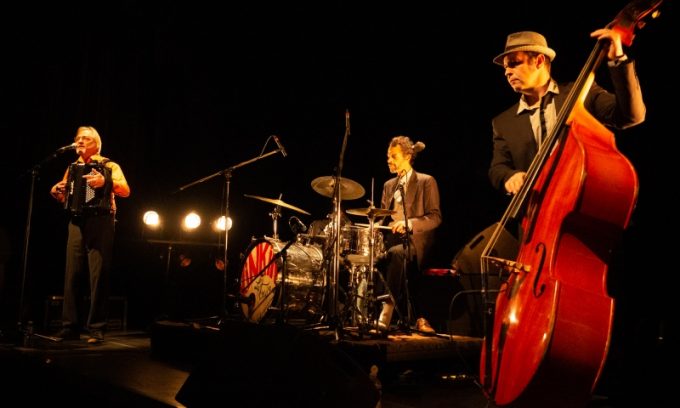 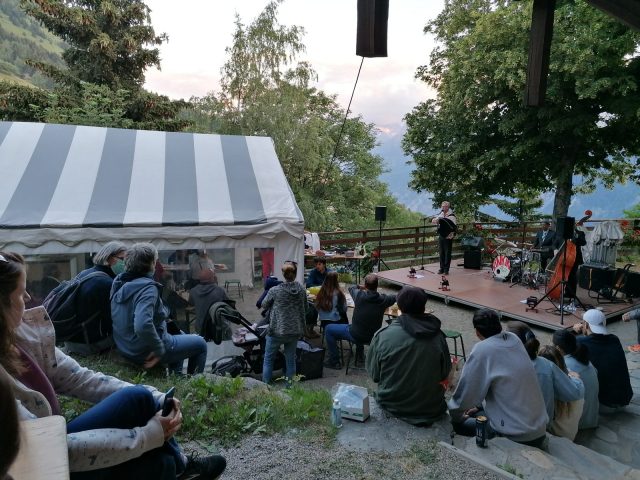 Kinkin is an accordionist and with his double bassist and drummer acolytes, revisits the greatest French chanson hits from the 30s to the 80s, including Brel, Brassens, Johnny, and even Trust!

About : Trio Kinkin in concert

Kinkin is an accordionist and singer whose style and voice are of the busking tradition. With humour, he also defines himself as a specialist in dead singers.

The son of an accordionist, he spent his childhood listening to the sound of the "bals musettes" but always wanted to get around this style which was too old-fashioned for those born in the mid-seventies and preferred to sing along with his "boîte à frissons", as the accordion is also known. His fingers skim over the keys and he squeezes the bellows to bring the great classics of French chanson to life.
With his double bassist and drummer acolytes, they revisit the greatest French chanson classics of the 30s to the 80s, including Brel, Brassens, Johnny, and even Trust!

However, a recent observation has forced him to return to his roots, as "musette" music is no longer simply old-fashioned, it's in the process of disappearing. Kinkin may have turned his back on it for a while, but for him it remains an intangible heritage that deserves to be listed by UNESCO. That's why waltz, java, paso-doble and tango are also back under his pre-destined fingers.

The delights of the strap piano made in Kinkin!

Top of the page